What, attend a time trial clinic? Yes I did and I am happy to say that it was very beneficial!

Last year, I saw this clinic being offered and passed it by. I did not regret my decision but when it came up this year, I decided to go. I have several reasons why I attended this year. I wanted to test ride my time trial bike, I was interested in what I may learn at the clinic and my training scheduled called for an easy 1 1/2 hour ride.

When it comes to my bicycles, I can’t leave well enough alone. On my time trial bike, I changed out the clip on time trial bars and I purchased a used PowerTap wheel. I pulled the Suntace SLS aerobars off the TT bike even though they are very light. Instead, I installed a set of Profile Design T2 Plus. While they are about 150 grams heavier, they are more aggressively shaped and much more adjustable. They allow me to get into a more aero position on the bike. Secondly, I purchased a PowerTap hub and had it laced to a Velocity rim. I plan on keeping this wheel on the TT bike for the entire time trial season. Going the the time trial clinic would give me a chance to try out the new equipment.

When I began time trialing, I did some research on the web and I had a fitting on the TT bike, but I never had the chance to learn from a person knowledgeable about the discipline. Sure, my friends were very helpful, but this clnic gives me a chance to seek out some professional advice. The clinic was hosted by David Hart of Wenzel Coaching. I signed up, paid my twenty five dollars and showed up on a rainy Saturday morning. David covered the basic points of time trialing including what and when to eat before the race, how to properly warm up before the race, how to line up and start the race, how to race – cornering, the turn around and finishing, and how to cool down after the race. I found the clinic to be much more useful than I thought it would be.

I learned two tips I will share. The first is to watch how the holder holds the riders just in front of you at the start. This will allow you to learn when the holder releases the bike and do you receive any small push or not. The second tip is to carry a 1/4 full water bottle mounted on the seat tube with you, not for during the race but for just after the race when you are cooling down returning to your car.

We then rode the Jack Frost Time Trial Course. Since I have previously raced the Jack Frost TT I know the course but this is where I got to test out the new equipment on the TT bike. I PowerTap wheel rolled very nicely but the Profile Aero Bars will take some getting use to. The are much lower causing me to be much lower on the bike. David checked my positioning and liked it so I need not to tinker with saddle and or aero bars.

The ride itself was wet and cold. About five miles into it, I flatted in the rear. I changed the tube and was on my way, but now behind the group and alone. I caught them at the turn around where they were practicing, but I choose not to because of the wetness on the road. As I came in, I brake and my rear wheel almost skidded out from under me. The return was also in the rain, but no more flats.

In the end, I am glad that I attended and I am looking forward to the Jack Frost at the end of February.

Coach wanted me to ride three hours today, an easy ride without my bicycle computer. But when I woke up this morning, it was very cold – less than 30 degrees F. I did not want to ride in such cold. To be honest, I was afraid of ice. I have crashed on ice before, and I did not want to have the experience again.

But the sky was clear blue without a cloud to be seen. The sun was shining and melting the frost on the road way, so I put on my lycra and Joanne and I headed south toward the start of the Salem Bicycle Club’s Revolutions for Resolutions ride.

Being New Years Day, many folks were out including some I have not seen for quite some time. After some words of friendship we headed northward on the route. Once we obtained Windsor Inland Road, the pace picked up, but my stomach was not feeling the best, so I dropped backed. Perhaps this respite helped because soon I decided to catch Craig. I picked up the pace and was gaining when we came on the short rise where he attached to catch the rider in front of him. He did so and I was back about 50 feet. I stayed there for a short bit before I again picked up the pace and caught them. We rode together with me on Craig’s wheel. He was riding very well and I was happy to be in his draft (but I did take one pull).

We soon came upon the Ravena climb. I attacked as hard as I could even though I was riding my heavy bike. I had my fourth best time and was just 4 seconds off of my best time.

So much for not bringing along a bicycling computer.

I headed home after that. I was still feeling a bit queasy. Once home, I headed for the couch and took a three hour nap. 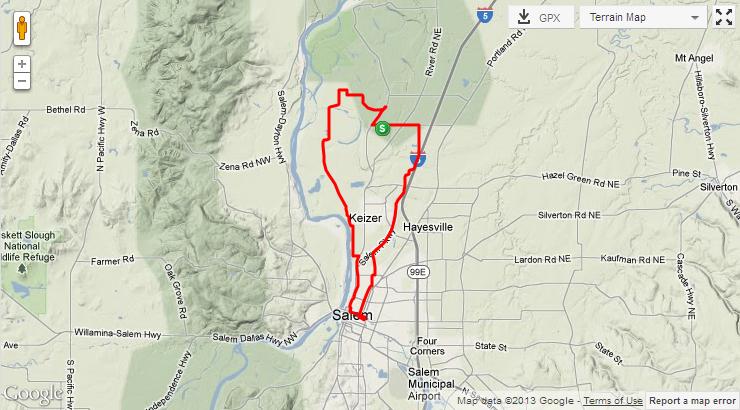