I was tired after my trainer session, real tired.

But the sun had come out and it was very warm for a February Sunday Afternoon. The weather was just plain too good not to ride. So I got on my Colnago and headed down to the Red Lot to join the Salem Bicycle Club for their afternoon ride. I promised my legs that it would be an easy recovery ride, nothing intense.

I kept my promised as I rode southward toward Salem. As I approached the School for the Deaf, Joanne joined me. Her work meeting had just ended and she will be able to ride with us.

The route was a short loop back up toward our home, and we took it easy. That is until Jim, Mike and I took a wrong turn and found ourselves off route. We were not that far off route, but we now found ourselves behind the rest of the group. This was fine with me, but Jim and Mike took off at a very fast pace to close the gap. I followed.

Soon, I was putting out 500 watts and my legs were not happy. They reminded me that I promised them that I would take it easy and not work them hard, but I was not listening. I could only see Jim and Mike ahead of me and I had to catch them. My legs fought me, but after several minutes in the “cave of pain”, I pulled up into their draft where I was happy to be.

The rest of the ride was easy, and my legs were grateful.

Yesterday, I was fitted on the Time Trial Bike. So today, I decided to test it.

The weather in the morning was cool and damp. I did not want to ride outside. So I put the TT bike on the stationary trainer and loaded the Spinerval Totally Time Trial DVD – 90 minutes of pure fun at lactate threshold.

Once the DVD was finished, and I managed to crawl off of the bike, I was happy. I was very happy with the fit. I was on the aerobars for each of the four fifteen minute intervals. In addition, I felt comfortable; I never felt the need to sit up. I am very pleased.

After our morning ride, Joanne and I headed up to Hood River where I had and appointment for a bike fitting with Cassie Nobbs. In addition to her bicycle fitting skills, Cassie is a physical therapist.

She set me up in her loft and asked me to warm up while she watched me. She asked me questions concerning my current position and any pains I may be feeling. I explained about my leg lenght difference and how my cleat placement has been set to accommodate this difference.

She could see that my position was very close but needed adjustment for the Time Trial Bike. She increased my saddle height by one centimeter and moved my saddle forward. With these changes, I did feel better on the bike.

After the fitting, we had a chance to sit down with her and visit with Cassie and Tom Letsinger, owner of GVH Bikes.

Joanne and I broke out the Winter tandem for an early ride with the group from Scott’s Cycles.

We rode with the fast group, but the pace was very manageable. We headed east out of Salem on State Street and then Conifer to Howell Prairie and then northward. We returned via Lardon Road, where the group picked up pace. Joanne and I managed to hang on to the lead group, which pleased us.

We really must bring the Winter Tandem out more. Some many folks asked us if it was new. We have owned it for four years.

For the second time this week, I joined the folks on the Scotts ride and again, I choose to ride with the fast group.

This time, they headed north toward Windsor Island. The pace out of town was reasonable, and soon we left Keizer behind us. This signal the increase of the pace and soon we were flying along on Windsor Island Road, and into the fog.

Last night there was on fog on Windsor Island Road, but tonight there was. Last night was a recovery ride and I was riding along at an easy pace. Tonight is a very quick tempo ride and I was hanging on at the back of the pack. I was working hard, but not as hard as on Tuesday when we were climbing Macleay Hill. However, the fog was hiding the road ahead of us and blurring my vision by covering my glasses with water.

Did this slow the group down? Nope, we kept on racing toward Ravena Hill, a very short but steep climb up to Wheatland Road. As we approached the climb, the group split and I was in the chase group. On the hill itself, I held my own, but it was hard.

We regrouped at the top and everyone mentioned how difficult it was to ride in the fog at night, but no one wanted to slow down. They did choose to shorten the ride a bit, and I choose to shorten it even further. I was not enjoying the ride due to the fog, I split off and headed back toward town.

Driving home from work, I encountered some serious fog. I was a bit concerned that it would be too foggy to ride, but upon reaching home, the fog seemed to be lifting.

At the starting location, there was no fog and Jim, Dale and Jean joined us for a night evening ride. Until we rode into the fog.

As soon as we left Keizer, we rode into the fog. We stayed together, but riding in fog is a bit unnerving. Not only does the fog hide everything in the distance, the fog covers your glasses causing everything to be blurred. As such, we decided to avoid River Road, and head directly toward Windsor Island.

As soon as we dropped down to Windsor Island and closer to the Willamette River, we rode out of the fog. The five of us picked up the pace and headed back toward town. As we entered town, Joanne called out a ‘long-cut’ toward Keizer Rapids Park which added a few miles, the few miles that we cut short avoiding River Road.

This was a planned recovery ride for me and I was successful. My average heart rate was only 87 beats per minute.

Scotts Cycle hosts some of the funest rides in Salem. Every Tuesday and Thursday night, summer or winter, rain or shine, local cyclists gather in front of Scotts for an evening ride. During the summer, up to 60 riders will split into three groups – fast, medium and slow – for a ride in the farmlands outside of Salem. In the winter, the numbers are down to 30 riders who split into two groups – fast and faster. I have been riding with the slower of the two groups, but if you want to get faster, you must ride with folks who are faster than you.

So I rode with folks who are faster than me tonight.

About thirty of us head east our of Salem on State Street. The pace was quick, but I had no problems keeping up. However, the further east on State St. we went, the faster the pace was. Then we turned south on 62nd Ave and the pace slowed down. This was not good. This can only mean one thing – the group was saving energy for an all out attack on Macleay Hill. This is not good indeed.

Soon, we turned east on Macleay Road and the group attached. I was determined to hang on. I was determined not to be dropped. I dug deep and focused on the wheel in front of me. Do not let the wheel go! I could feel my heart rate climb and my breathing becoming labored, but I fought to stay with the group.

I know the hill well. I know where the incline steepens and where you have a chance to recover. I used this knowledge to the fullest extent possible and found I was able to hang in the back, working very hard, but hanging on.

Then, about half way up the hill, the real attack came and I could do nothing but watch the group ride away from me. Bye, bye.

But I did not let up. I continued to work hard to keep the gap as small as possible and perhaps to close if allowed to. I stayed about 100 feet back, working very hard and even picking up some riders who were being tossed off of the back.

At the top of the hill, at the right turn onto to 74th Ave, the slower group always regroups, but not the faster group. They continued riding hard all of the way to Jordon St. I was one of the last ones there, but not the last one!

The group then turned to the east and rode up to Howell Prairie where they continued east. I had had enough and turned north eventually returning to Salem on Center St.

After retuning home and downloading my ride data, I was suprised to find that my ride up Macleay Hill was the fastest since I started training again and also had the highest average power.

This proves that if you want to get faster, you must ride with those who are faster than you.

I will be getting a bike fit on my Time Trial bike this weekend, so I thought I should get it out for a spin tonight.  But, I did not want to ride outdoors, and I did not want to do a long session on the stationary trainer with the TT bike, so I decided upon a short session on the rollers. Today is a scheduled rest day, so I though 30 minutes on the rollers at an easy pace would be the perfect ride.

Yes it is true that I have not been on the rollers for quite some time, but it is just like learning to ride a bike, you do not forget how. My usual choice of bike for the rollers is my Cannondale. It is a nice, stable bike on the rollers, one I can relax on and just ride. I would think my TT bike would be the same.

I set up the rollers in the training room in between the stationary bike and the Spinner bike. I climbed aboard, found my balance and I was off. And I was nearly off of the rollers! Wow, this TT bike is a bit twitchy! I must pay attention to what I am doing; must stay on the rollers.

I settle down and get in a few minutes of steady riding, but as soon as my attention drifts, I nearly ride off of the rollers again. OK, perhaps the trainer would be a better idea. So after ten short minutes on the rollers, I move the TT bike onto the stationary trainer and spin for 20 more minutes. This is long enough to make sure that the bike won’t fall apart during the bike fit. 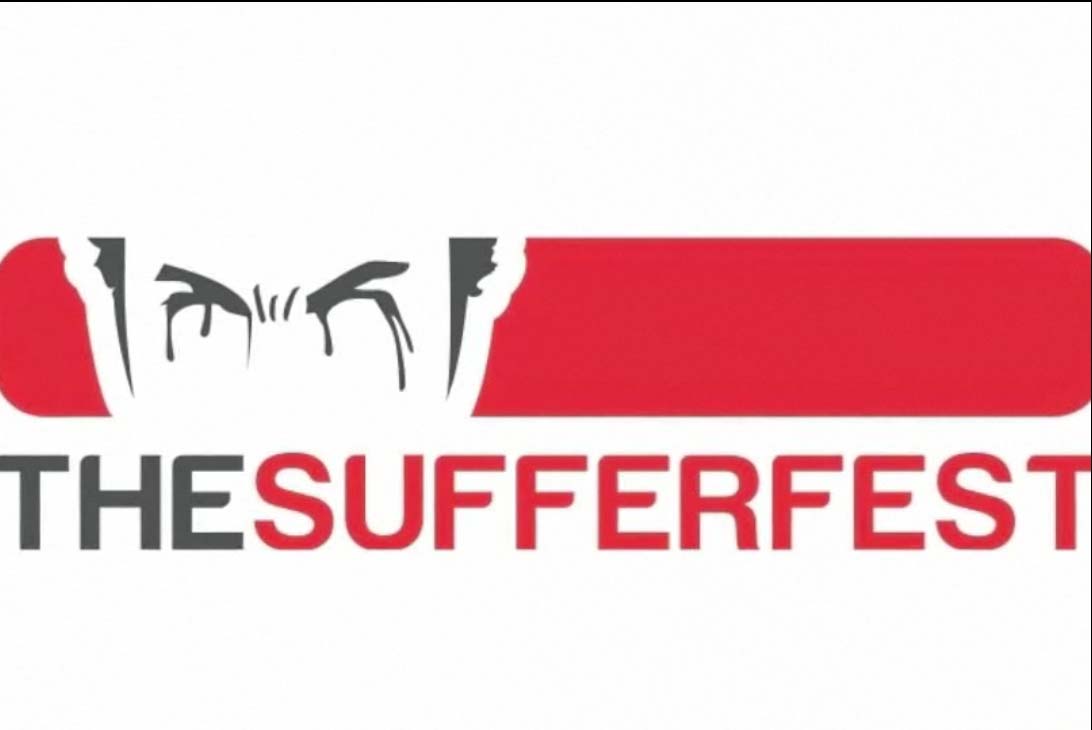 I decided that I am sick and tire of riding in the clouds cold. Perhaps the one day of sunshine we enjoyed yesterday soiled me, but I could not force myself out into the cold today.

So, I rode the trainer. I download and played “The Hunted” from Sufferfest.com. While the music is a bit too new for me (just who are these bands anyway?), I did enjoy the workout. In addition to the usual instructions (five minutes at 7 of 10), the workout has a storyline and video from ProTour races. Yes, a bit of a hack, but fun none the less.

The workout was tough – my average power was the highest of any trainer workout this off season.